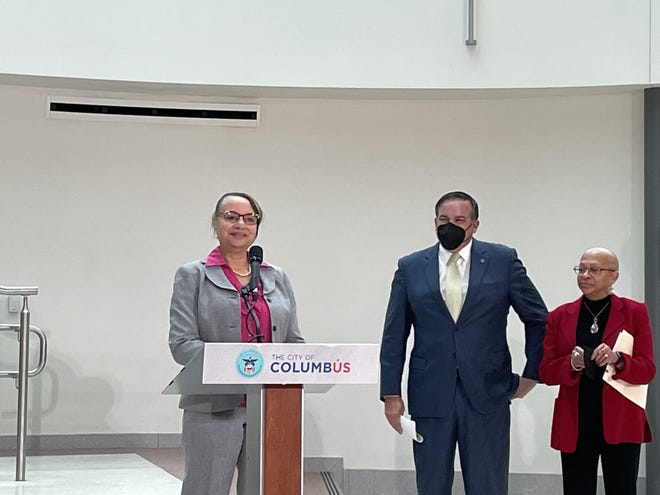 With little of the past fanfare surrounding its creation, the Columbus Inspector General’s office — which will investigate allegations of misconduct by city police — quietly opened to the public Monday.

The office, which is currently housed in offices at 50 W. Town St. Downtown, officially began operation on Monday under Inspector General Jacqueline Hendricks.

Voters approved the creation of the Inspector General’s office in November 2020 as part of a charter amendment that also created the Civilian Police Review Board.

Hendricks was officially announced as the Inspector General at a news conference in February.

The office, which will investigate allegations of misconduct and excessive use of force by Columbus police officers separate from the Division of Police’s internal affairs bureau, opened without a news release or any information being made public about how complaints can be filed.

That information is available on a website launched late last week.

According to the website, complaints can be filed in person during business hours, submitted online using a form, mailed in to the office or emailed to [email protected]

Anyone with personal knowledge, including an alleged victim, the alleged victim’s parent or legal guardian, or anyone who personally observed or heard an incident, can file a complaint.

Complaints must be filed within 90 days of the incident, in compliance with the city’s contract with the Fraternal Order of Police. Because the office opened on Monday, complaints of incidents between April 11 and July 11, can now be submitted to the Inspector General’s office.

The Dispatch had sought an interview with Hendricks prior to the office’s opening to learn more about the process for investigation, how complaints will be presented to the Civilian Review Board, what will be investigated by Columbus police internal affairs and how many investigators have been hired thus far. Hendricks said she would be willing to speak, however, her office has not yet responded to requests to schedule an interview.

Hendricks came to Columbus from the Detroit Inspector General’s office, where she served as a senior investigator.

In July 2021, the Columbus City Council approved $1 million in operational money for the Inspector General’s office, to include hiring up to five investigators.